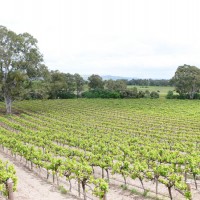 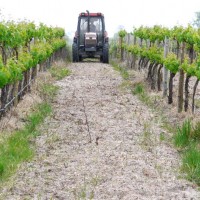 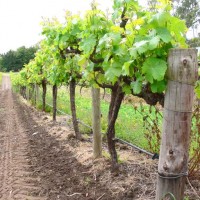 The Vasarelli Family have been tending to vineyards in both the McLaren Vale & Currency Creek regions for over 3 decades.  Our old vines are lovingly tended to all year round and the quality fruit they yield is the foundation of both our family tradition and of course our diverse range of wines that are available.

The first of our red varieties were planted in 1982. Shiraz, Cabernet Sauvignon, Cabernet Franc & Merlot were the first to begin their growth in the magnificent McLaren Vale earth. The workload was shared among the 11 family members that were living in the then 200 year old cottage, giving true meaning to family owned vineyards.

Once the reds had grown solid for 2 years, Semillon & Chardonnay were added to the mix in 1984. At the same time, work continued on the new house which had been under construction since 1979. It seems that Pat may have considered that a nice white wine would be a better way to quench his thirst after a hard day on the tools.

Another 4 years later, the family home was complete and the new vineyards had flourished. The youthful vines were hand picked by the family and yielded quality fruits for the making of our first wines. The quality of the wine had it in reasonable demand and it wasn't long until the need for larger production became obvious.

In order to satisfy the additional supply of red wine, a 40 acre fruit tree orchard on Seaview Road in McLaren Vale was purchased in 1994 . The fruit trees were immediately removed to make room for more vineyards. Shiraz & Cabernet Sauvignon were planted there which literally sowed the seed for our gold medal success stories that were to follow some years later.

Another 4 years later & after success at the Melbourne, Brisbane & McLaren Vale Wine Shows, our first property at Finniss in Clayton was purchased. Dubbed 'Finnis 1', it was graced with Cabernet Sauvignon, Shiraz & Merlot.

Shortly after in 1999, 'Finnis II' was acquired adding another 45 acres to the total. Here we planted Tempranillo, Sangiovese, along with more Cabernet Sauvignon & Shiraz later that year.

Our largest vineyard expansion began in 2002 with the acquisition of 90 acres at 'Finniss III' bringing our total acreage to 259. Vines were not planted here until 2005 at which point we added Pinot Grigio, Le Greine, Vermentino, along with some more Shiraz & Sauvignon Blanc. The addition of 3 more varieties gave us the capacity to produce a vast array of wines from fruits produced in 2 different areas of South Australia.

As with all wines, the proof is in the tasting. Our Cellar Door Restaurant is open for tastings throughout our trading hours and we have good stock of most varieties on site if you decide to make a purchase.